So I've been playing X-COM lately, and...

…like everyone else I know who’s played the game, I want to remake it. It’s a shame, really — a couple of years ago I lived with a guy who was seriously into the game, and spent a fair amount of time working on a faithful remake (UFO: Cydonias Fall). If only I’d sat down and played it back then, I probably would have gotten seriously involved with that project.

But I didn’t, and that’s OK. Because playing X-COM causes me the same kind of frustration that other hybrid strategy/tactics games have always induced in me: after two or three battles I come to absolutely loath the tactical level. Which is saying something, because the battle mode in X-COM is, frankly, awesome — it’s deep and engaging, and it rewards intelligent play. Many times I’ve had my soldiers behave in certain ways out of a role-playing instinct only to have the game reward that behavior somehow. Plus, the experience of leading that squad into combat changes every time, with different weapons, maps, and mysterious, devilish opponents (goddam chryssalids). 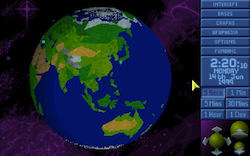 But it just takes so much time!

My problem with this kind of hybrid design is the way it affects the pacing: at the strategic level the game moves relatively quickly, but as soon as I drop into a tactical level time stops completely. So I can spend five minutes playing at the strategic level, progressing the story by several game-days, only to spend the following half-hour fighting a battle that, relative to the world, takes no time at all. Do you see what I mean? Think of it as how much progression I’m getting from the game in exchange for my time — at one level, my time is buying me a lot of progress, a lot of story, but at the other my time is buying me nothing.

Eventually, actually fighting out the tactical battles starts to feel like work — it becomes something I need to get through in order to get back to the real game. Some games offer you a cop-out and let you auto-resolve battles, but usually with the odds of victory dramatically reduced (Total War:Whatever, Mount & Blade); this is a fine idea, except that it makes fighting battles — which is probably the focus of the game — the responsible thing to do. 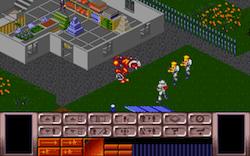 So how does my desire to make an X-COM remake fit into this? I’ll tell you — I want to make a high-level strategy game without the tactical component. X-COM or Mount & Blade, except instead of going out yourself to lead your troops in battle, you stay back in your secret base or secluded castle and direct the action from afar. In most of hybrid strategy games I’ve been describing, the strategic level feels like the unwanted stepchild — a part of the game the designers felt needed to be there, but about which they weren’t terribly excited. It’s as if the larger game exists only as a means of moving you from battle to battle.

But imagine how great that part could be if the developers had given it their complete attention — how much depth and complexity you could squeeze into that high level gameplay if you didn’t have to spend time on combat, on unit animations, on battle mechanics.

It could be awesome.