At any rate, I’ve got it all sorted out now and a smoother, much less crash-tastic version of the game is currently writhing its (slow) way through Apple’s review process. In addition to not ceasing to scroll after loading from save (!) and not crashing approximately every 7.8 minutes (!!), this update adds a couple new features:

All that, plus a ton of bugfixes, patched memory leaks, and general slickification. It’s looking better now, folks. We’re good to go.

Distant Star is live on the App Store! Go give it a play and tell me what you think.

Now, if you’ll excuse me I’m off to go celebrate — where ‘celebrate’ means ‘add Gamecenter integration.’

Lots of progress on Distant Star — the biggest change is that I’ve added a tutorial, which was by far the most-requested feature the beta testers asked for. The map screen is a lot more informative now, too: fleets display their ETA and size (and, if you tap them, their composition), and the artwork for systems has been updated (as a system grows more habitable it looks increasingly Earthlike). That, plus a bunch of little bugfixes and minor improvements (AI is more aggressive, lots of re-balancing, a little more hand-holding in the interface design) — in fact, everything else that was left on my pre-release checklist. So, on that note: 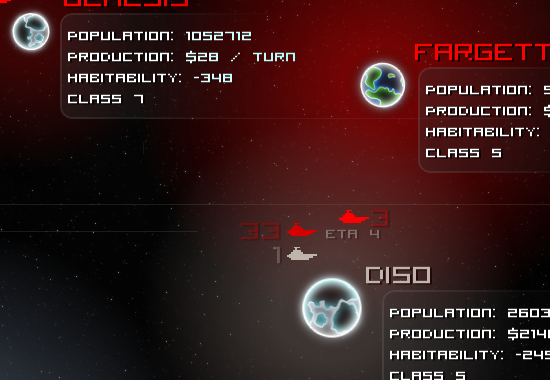 Distant Star is off to Apple for review. Hurrah!